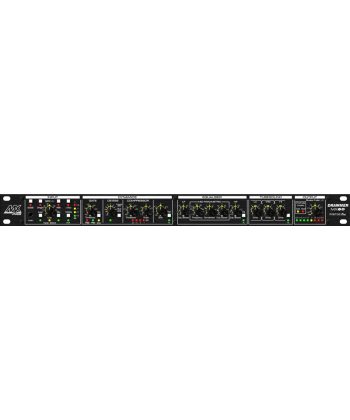 Drawmer MXPRO60 front end one is a unique mic/line/instrument input channel in a single rack space.

Grass Roots - The MX60 draws its technology from the most successful of Drawmer products. The mic pre-amp features the same discrete component design found in the legendary Drawmer 1960, the de-esser is derived from the MX50, the VCA based compressor is similar to the MX30, while the peak limiter and gate can be tracked back to the DL241 compressor/limiter.