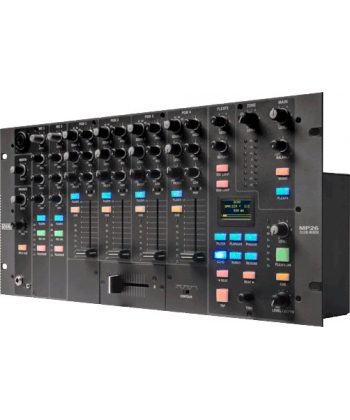 The Rane MP26 Mixer satisfies the audio and ergonomic demands of performing DJs in a 19-inch rack format preferred by nightclubs, with a shallow design that drops into a mobile rig.

The MP25 (4U high) and MP26 (5U high) come from the same USB mixer design, with the the MP26 also adding internal digital effects.

The Rane MP26 fits in a 19" rack, the same height as a MP 44 Mixer. The jacks are recessed, allowing connectors to fit inside a mobile coffin.